Olga Zarechnyuk
From the Imperial to the National, from the Traditional to the Modern

After the Habsburg rule was established in Galicia in 1772 and Austrian officials arrived there, the architecture was also changed. It became one of the means for consolidating the new power on the territory, promoting its official ideology and imperial values. From the late 1780s on, the construction of each building in Lviv was possible only with permission and under the supervision of a special department of the provincial government, which in 1809-1848 was subordinated directly to the court building council in Vienna (Hofbaurat). At that time a policy of the so-called "improvement" of the city (Ger. verschönerung, Pol. upiększenie) was pursued. On the one hand, it was about a quite pragmatic need to modernize the city and adapt it according to contemporary needs. On the other hand, it was about ousting the city’s "Baroque" nature, which did not correspond actual aesthetic views any more. Apart from that, in the eyes of the new government it was a symbol of the city’s "Polishness".

So in 1772-1848 buildings in the Neo-Classicist style were constructed in the city and well-organized green spaces were arranged. They contrasted with the densely built up medieval "city inside the walls" and symbolized progress, modernity, and beauty (Prokopovych, 2009, 67). Simplicity, modest forms, and privacy were proclaimed the main values ​​of residential architecture at that time. Instead, state and public buildings were notable for their strict monumentality. Architects from Vienna were invited to design both these buildings and representative palaces of the nobility. For example, the Austrian court architect Pietro Nobile designed a project of restructuring the ruined monastery of the Discalced Carmelite nuns (17th-18th cc.) into the building of the Ossolinskis National Institute (now the Stefanyk Library). This architecture was brought from outside, but, at the same time, it was constructed by local builders. The Neo-Classicism was able to get a local flavour in Lviv which distinguishes it from other cities. This was possible chiefly due to the work of sculptors. Among them, brothers Anton and Johann Schimser and their students can be mentioned who decorated façades and interiors of many buildings in Lviv with characteristic reliefs. 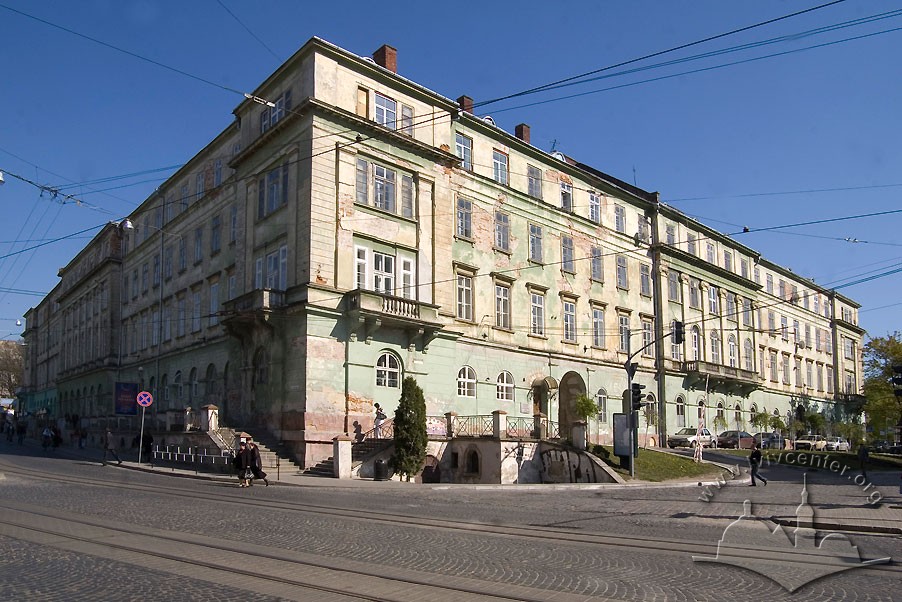 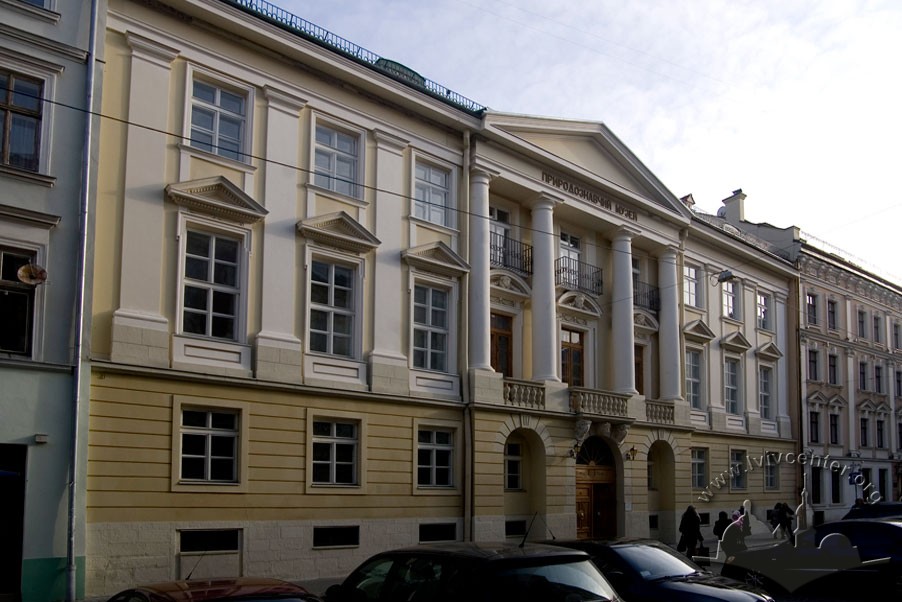 The situation changed after the autonomy of Galicia in the Austro-Hungarian Empire was proclaimed in 1867. From then on, the construction in the city was regulated only at the local level. Lvivites called the Neo-Classicism the "barrack style" and considered it bad taste, primarily because of its official imperial character. At that time, national projects – Polish, Ukrainian, and Jewish – were developing, and the architecture became a way to express the presence of different ethnic communities in the urban space. For Lviv architects, one of the key areas was finding their own local character and style. This was favoured by the foundation of the city’s own architectural school in 1870.

In general, this search took place within the pan-European Historicist tendencies. The architecture of the past eras was reconsidered at that time. The forms of historical styles (Neo-Renaissance, Neo-Gothic, Neo-Baroque, etc.) were adapted to new types of buildings emerging in the 19th century like railway stations, hotels, museums, factories. It was typical to study local folk architecture motifs (in Lviv, those of Boyko, Hutsul, and Zakopane styles) and to apply them in modern architecture. However, with the advent of new materials and structures like metal and reinforced concrete, new planning and design solutions were sought after. As a result, traditional and contemporary ideas were closely intertwined, but mostly it was the traditional that dominated and came out to the fore. Metal or concrete structures were carefully hidden under layers of decoration.


The Secession Style in Lviv

The Secession style which appeared in the 1890s and spread in Lviv in the first decade of the 20th c., was meant to become a new, modern style, where the building’s structure and décor were to be combined organically. Rejecting the tradition of copying the architecture of the past times, the Secession became a challenge, especially in the eyes of the more conservative people and the older generation of architects.

The Secession was developed to Lviv due to the influence of Vienna and, in particular, of the Otto Wagner architectural school. In pursuit of new trends, many local architects copied Viennese examples; however, a quite local style nature could be formed in Lviv. Compared to such centers of the Secession (Art Nouveau) style as Paris, Brussels, Vienna or Glasgow, Lviv architecture remained much more conservative. However, it became a "transitional" style, where early ideas of the architectural modernism began to be implemented. The desire for functionality and veracity in the materials and structures application, originality and authorship were assigned primary importance in it. 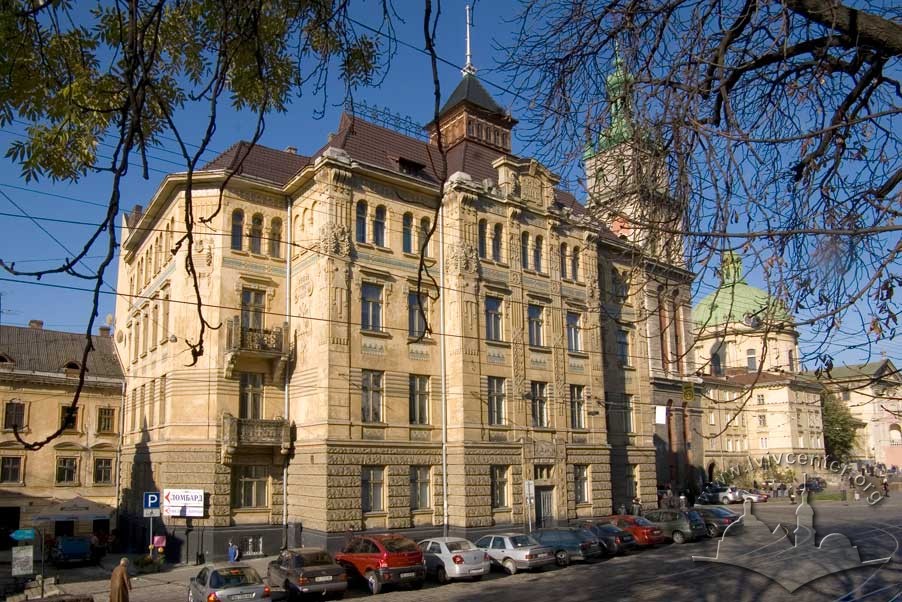 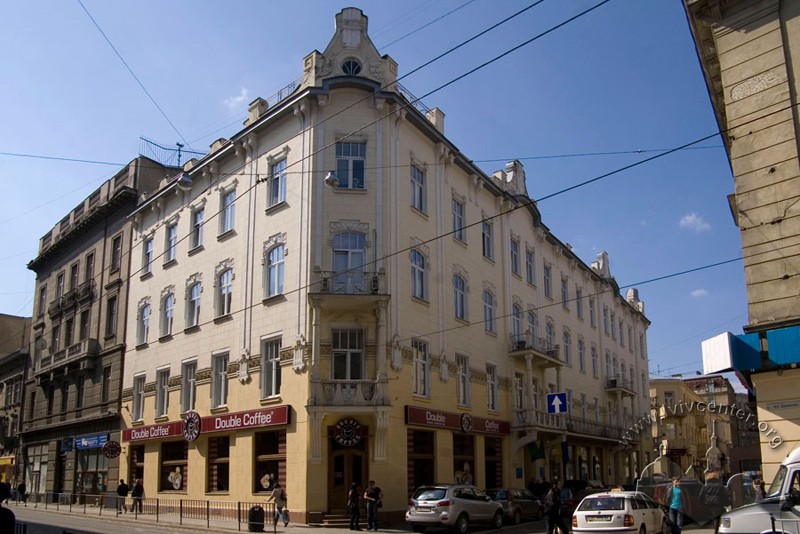 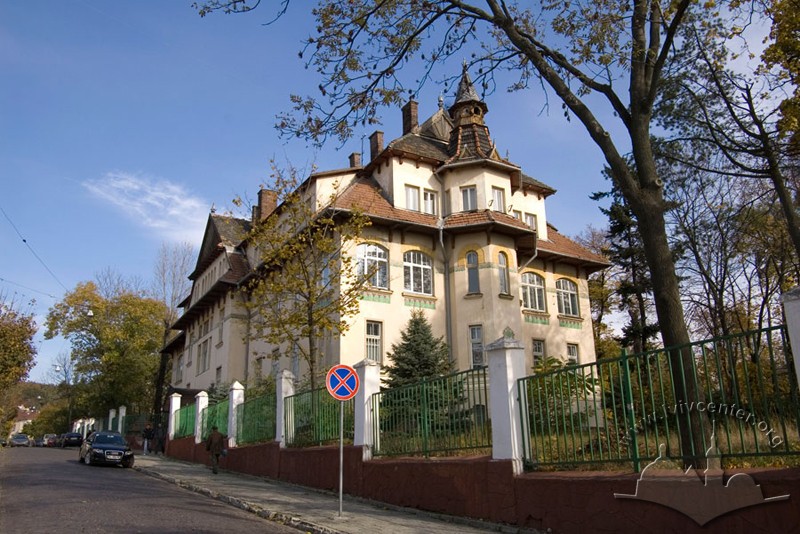 "An integral impression of the city construction in various styles is represented in Lviv quite fully; however, there is a lack of a note of originality, of something local and characteristic for Lviv. We in Krakow move freely in this direction while in Lviv one can feel it rather poorly, but I think that it will come to the fore in the near future and will substantially affect the integrity of the streets appearance. This is a must, just to counterbalance the alien influence exerted by professor Maireder from Vienna, for example, at the corner of Kopernika and Karola Ludwika streets [today Mitskevycha square 6/7], or those newsstands, transferred directly from Berlin, which the largest poster company scattered around the most prominent locations in the city. Firstly, they are freakly shaped, and secondly, they are completely German."

"In contrast to the vestige of the Renaissance, that is, the “rebirth”, the Naissance, that is, the “birth”, is coming... to cut out wild and dry branches and to show architecture in its organic nudity, to accentuate the design, skeleton, and muscles of the structure by strong chords, to discard unnecessary barriers and decorative toys masking the organic forces game – this is the tendency of its tectonics."