Olga Zarechnyuk
The green square was conceived by Ivan Levynskyi (Jan Lewiński) as a way to make the street more green and comfortable. At first it was essentially an island of green with a detour around. Some small trees and bushes were planted on it.

When this green space was arranged, it appeared to be quite unusual for the city. Unlike usual courtyards of buildings used exclusively by residents of a particular building or of two adjacent ones and also unlike public parks and gardens designed for all townspeople in general, this space became something like a mean. On the one hand, it was public because of its location in the open space of the street. On the other hand, due to the very intimate nature of this street, it was used first of all by its inhabitants who lived in its thirteen houses. According to the residents of the street, the square was their common territory where they planted and cared for flower beds and could sit in the shade of trees; there was also a play ground for children there. However, with the increase in the number of vehicles these functions of the square are not actual any more. Its area is now smaller than it used to be, the detour around it serves for parking. Although the seclusion and the quiet nature of the street are not the same as before, yet compared to the surrounding streets, Bohomoltsia street can be seen in a quite favourable light. 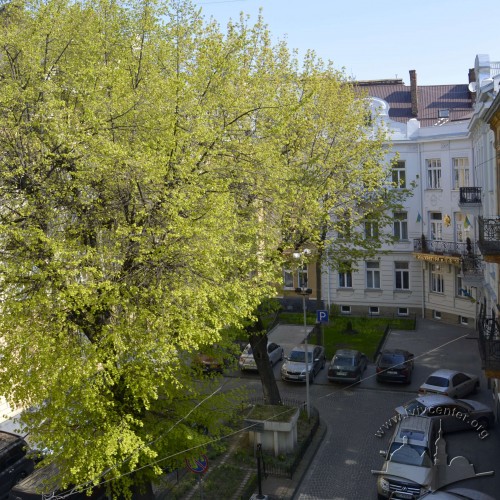 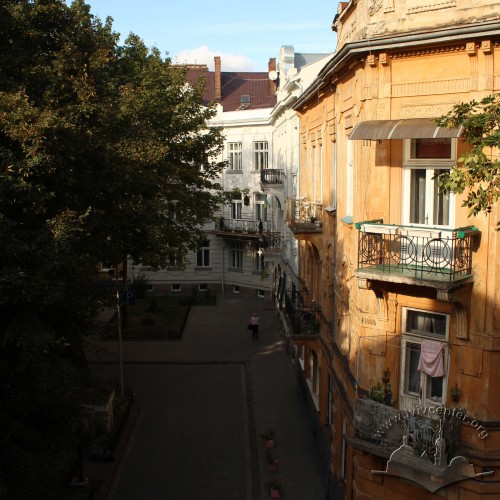 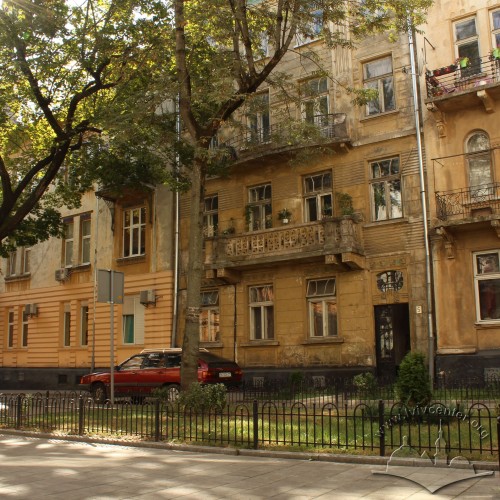 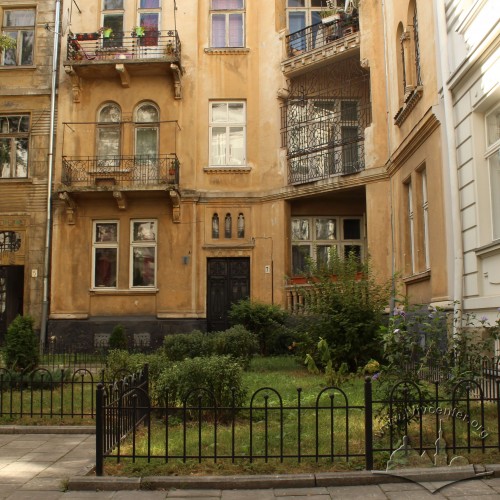