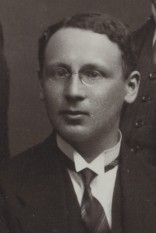 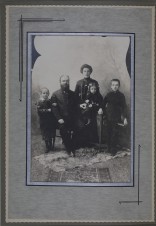 ID: 309
Sir Hersch Lauterpacht (1897­–1960) is considered one of the most influential international legalists of the twentieth century, if not the founder of modern international law, due to his remarkable contributions to the foundation of the international protection of human rights after 1945.

Sir Hersch Lauterpacht (August 16 1897– May 8 1960), born in the small town of Żółkiew/ Жовква, is considered one of the most influential international legalists of the twentieth century, if not the founder of modern international law, due to his remarkable contributions to the foundation of the international protection of human rights after 1945. (Marrus, 2014, 241; Friedlander, 1983, 422) The magnitude of his impact is premised on his advocacy for the then newly introduced concepts of 'crimes against humanity' as well as the individual as core subject, as 'ultimate unit of all law'. His distinguished career and innovative thought are often assumed to originate from his studies in Vienna, specifically under Hans Kelsen, who did indeed influence his ideas substantially (e.g., Scobbie, 2012, 1180). His educational, intellectual, and political starting point was, however, located in Lviv, where he attended the Humanist Gymnasium at the age of 13 and began pursuing academic studies at the University of Lviv in 1916.

Lauterpacht was born to his parents, Deborah Turkenkopf and the merchant Aron Lauterpacht, during a peaceful period in the Austrian Empire. Next to two siblings, his older brother David and younger sister Sabina, he grew up in an environment characterized by a careful observance of the Jewish faith and value of education, and also inspired by Jewish nationalism (Lauterpacht, 2010, 9–10). The family moved to Lviv in favor of the children’s scholarship in 1910, where his brother David introduced Lauterpacht to the Shahei, a Zionist group of Jewish pupils dedicated to autodidactic acquisition of knowledge on Jewish history and Hebrew language and literature. (Lauterpacht, 210, 19) This first act of engagement in the support of the Zionist cause was followed by many others.

Although the Zionist movement in Galicia didn't become a mass movement before World War I, the number of Zionist organizations in the region doubled between 1907 and 1914 already and began to build a stable foundation for the vivid interest in Zionist political and cultural activism that would occur after the issue of the Balfour Declaration in 1917 (Shanes, 2012, 280–285). The city of Lviv was exposed to eruptions of violence for several years through the outbreak of World War I in 1914, accompanied by severe hardship of its Jewish population on the grounds of serial waves of pogroms (Kohlbauer-Fritz, 1993, 20–21). Lauterpacht managed to serve his military duty at his father’s sawmill and meanwhile got invested in poring over philosophical, sociological and historical writings (Lauterpacht, 2010, 13–14). Nevertheless, he was convinced by his parents to take up studies of jurisprudence at the University of Lviv, which would last for eight semesters.

In his first year there, 1916, he resuscitated the Zirei Zion movement in Lviv, an originally socialist organization that supported practical Zionism in the forms of fundraisings for the Jewish National Fund, promoting Hebrew as spoken language, support of the formation of Jewish self-defense units as well as advocacy for equal rights of Galician Jews (Lauterpacht, 2010, 10) Lauterpacht became one of the founding members of the Herzliyah Society of Zionist Youth and leader of the HAZ, the Zionist undergraduate association. A fellow member of the Herzliyah, Joseph Roth, recalls lectures held by famous and influential intellectuals invited by the group, one of which was no other but the Jewish philosopher Martin Buber in 1918 (Lauterpacht, 2013, 21). According to Roth, Buber was "very moved" by the speech Lauterpacht held in his presence at the time, calling attention to the need for Buber’s ideas to be spread and materialized amongst the Jewish people by disciples (Lauterpacht, 2013, 21).

In 1917, he was arrested and trialed for organizing a public celebration of the Balfour Declaration on Palestine but acquitted shortly after. He was expulsed from the Austrian Army as a result of his engagement with these activities contemporaneously (Paz, 2012, 420). A year later, he was involved in the collective boycott of Polish schools by Jewish pupils, aiming at the foundation of a Jewish Gymnasium, a goal accomplished shortly after (McNair, 1997, 310).

To this day, there is relatively few scientifically proven information on the exacts of his studies at the University of Lviv.[1] His notable multilingual assets however, that he certainly owed to an upbringing shaped by usage of Yiddish and Polish language at home, German, Latin and Greek at school and self-taught Hebrew in Zionist circles, were recognized at that early stage of his career already. Amidst the Polish-Ukrainian Conflict at the terminal stage of World War I, Lauterpacht served as an interpreter for the Curzon-Committee, a taskforce assigned by the Versailles Peace Committee to negotiate on the Polish-Ukrainian borders.

Due to deterioration of the circumstances for Jewish students at the University of Lviv after the city was again Polish in consequence of WWI, Lauterpacht eventually left to proceed his studies in Vienna in 1919, as did many Jewish scholars at the time.

In addition to turn out to be one of Hans Kelsen's best students at the law faculty of Vienna,[2]  he continued his efforts for the Zionists cause, becoming the first leader of the World Federation of Jewish students in 1920. Although his legal theory shared some of Kelsen's positivism, especially concerning the correlation of abstract legal rule and individual legal relations, he generally fashioned an approach more influenced by ideas of natural law and concluding morality, synthesizing continental European and common law. (Scobbie, 2012, 1181) Especially in the 1920s and 30s, he specifically went against positivist advocacy for sovereignty, thus acting as an accomplice to aggressive nationalism, rather favoring the idea of a liberal state embedded in a system of cosmopolitan law. (Koskenniemi, 1997, 217)

After obtaining his doctoral degree in 1922 and marrying Rachel Steinberg in 1923, he moved to Britain for English law training, aspiring legal prominence soon after. He assumed the role of an assistant lecturer at the London School of Economics in 1927, followed by positions as professor at the Hague Academy of International Law and Cambridge University throughout the 1930s until late 1950s.  His 1933 publication The Function of Law in the International Community has been commended as "the most important English-language book on international law in the twentieth century" (Scobbie, 2012, 1180). Lauterpacht was appointed a judge at the International Court of Justice and member of the UN International Law Commission in the 1950s. He co-founded and edited the series International Law Reports in 1929 until his death in 1960 and functioned as editor of the British Year Book of International Law since 1935.

In 1945, he joined the British War Crimes Executive and contributed considerably to the British prosecution team's deed at the Nuremberg trials in preparations of the International Military Tribunal, first and foremost through advocating the dimension of "crimes against humanity" as a third dimension of the trial's structure alongside "crimes against peace" and "war crimes". (Scobbie, 2012, 1180; Marrus, 2014, 241)

His draft of International Bill of Rights of Man 1944, the first ever book on the subject, is considered a key contribution to the movement for Universal Declaration of Human Rights that was eventually asserted in 1948, followed by the European Convention on Human Rights in 1950, that is also partially attributed to Lauterpacht's work (Scobbie, 2012, 1181; Herzog, 1997, 299).

There is no scholarly consent on how his early life and experience in Lviv influenced him, but the time there may have affected his later thought and work. While the loss of his entire family, who remained in Lviv and were murdered in the Generalgouvernement of Poland, as well as the overall terror of the Shoah, most certainly impacted his theoretical concepts, especially concerning the protection of the individual and establishment of "crimes against humanity", and practical legacy alike, the significance of his early engagement in Zionist activism for his later work remains undetermined.

After leaving continental Europe, he only occasionally immersed in matters related to his Jewish or Zionist background. His first book, an edited version of his doctoral thesis: Private Law Sources and Analogies of International Law, dealt with the concept of mandate, most likely originating in his interest in Palestine. At the final phase of Israel's nation-building, he allocated a draft for the new state's declaration of independence, which is considered one of its main sources. He furthermore was awarded with an honorary professorship of the Hebrew University Jerusalem in 1950. (Herzog, 1997, 300)

As for the main part of his work, the ratio of Zionist thought has been described as hardly visible (Koskenniemi, 1997, 229) or rather passive (Paz, 2012, 434). Nonetheless, parts of his legal thought, namely his distinct approach to liberal cosmopolitan liberalism have been attributed to the specific historical circumstance of Galician Jewry in a time dominated and torn by multiethnic nationalist struggles (Koskenniemi 1997), whereas others trace back main characters of his work to a supposed religious education in his upbringing, indicating similarities to tannaic-rabbinical thought (Paz 2012).

Either way, on the question of his general decent, rather than considering himself Austrian or Polish, Lauterpacht identified primarily as Jewish, as stated by his son Elihu (Koskenniemi, 1997, 229).

Plaque opening ceremony on the building of his home in L’viv, at 6 Teatralna Street, in 2017

The Function of Law in the International Community (Oxford: Clarendon Press, 1933).

[1] In East-West-Street, Philippe Sands records classes taken by Lauterpacht between 1915 and 1919 upon research at the state archive of Lviv Oblast, e.g. in Roman and Austrian Law under Oswald Balzer, Juliusz Makarewicz, Maurycy Allerhand and Roman Longchamps de Bérier as well as in International Law under Józef Buzek in 1918. These findings have yet to be scientifically elaborated on; s. Sands, 2016, 115. Stefan Troebst adds Stanislaw Starzynski, “an expert in constitutional law and a popular politician in Austria-Hungary in interwar Poland” to the list; s. Troebst, 2013.

The research was done in the framework of the seminar "Stadtgeschichte Digital" at the University of Halle-Wittenberg, taught by Dr. Martin Rohde, winter term 2021/22.