A artist who works in the genres of installation, sculpture, video, and landart. Lives and works in Lviv.

He was born in 1954 in Lviv. In 1973-1977, he studied at Lviv State Institute of Arts and Crafts (presently — Lviv National Academy of Arts). Serhiy Yakunin creates his art within the environment and from the environment, while often looking for the matter on the location. Stone, water, sand, timber, or soil. Geometrical lines or points are like abstract ideas that fill the space and make it — it is what the artist explores. His works are usually material but also temporary, as they exist only within the symposium or the plein air engaging the artist.

For Yakunin, the key medium is not stone or wood, but space and time. Therefore, his artistic method resembles a philosopher's work. In his works, we can see cognition as an act of creation, where thinking is a response to the world, and the time can be expressed by adding structure to something unidentifiable. This kind of artistic method is conceptual, and a human is an authentic being who finds oneself (recognizes oneself) through action, thinking, and time. Since art reveals the time, it also reveals the truth of the being, as time implies the end is inescapable. According to Yakunin:"Time is like music, as soon as you start understanding it — it is over." In this situation, you can consider art (similar to Heidegger) as the "house of being." Yakunin asks the question "why do we have this timespan of life that we are living through? We are born with this task, we have to discover the being, to learn about ourselves and reveal the sense."

That is why an important aesthetic act of Yakunin's art is to shape the meaning, to make it precisely as if deducing a formula, with no embellishment, in a dry colorless manner. Since the natural material comes laden with authenticity, with primacy, it is the object for expressing the meaning. However, Yakunin speaks against the excessive techne: "Do not ravage the stone — leave it alone," he urges. Artists often ravage /rape the material; they keep remaking the natural matter into something artificial. Serhiy chose a different method. Whenever he works with natural material or with the landscape, he makes a sondage, a term borrowed from the restoration works. Sondage is not about transforming the natural into the non-natural, but a tentative trial of the material, intervention into nature that is supposed to generate the stress field or a situation of a dialogue with the being. "I can do it," says Yakunin. "But I'd rather not, I'd rather practice inaction as a state of observation." In fact, he actualizes the Heidegger's urge not to ravage the being through the techne but to observe it. 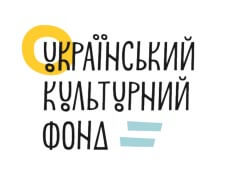